A while ago, I was working with Michelle, at the time a 34-year-old amiable-style research assistant at a biotech start-up company. I got to know Michelle as a modest, friendly, incredibly supportive and laborious young woman. Michelle, an undergraduate in biology, reported to Darius, an expressive-style biochemist originally stemming from Iran. Darius received his postgraduate degree in Germany and had developed a strong reputation in the industry for his impressive subject-knowledge. As a leader Darius was perceived as dominant and often autocratic; he managed his department with a firm hand. Higher management was happy with Darius because of his impeccable image in the industry and because he brought the results the company needed.

One day I noticed that Michelle was in distress. When asked, Michelle told me that she was considering her resignation. It soon became clear to me that she no longer wanted to work for Darius. She could no longer trust him. She told me that no matter how well she tried to deliver her tasks, Darius would always find something to criticize in her work, and he often would call her out on her mistakes in front of the team. Michelle couldn’t recall a single time Darius had praised her in the two years she had worked for him, and it had completely worn her out. No matter how hard she tried, the result was never good enough. As a final result, Michelle had firmly rejected him.

In my conversations with Michelle I gradually found out that at home her support network seemed dysfunctional as well: according to Michelle her driver-style husband Detlev didn’t really understand her and always came up with quick fixes without listening her out. On top of that Michelle’s expressive-style mother had recently moved in next door and required so much personal attention that Michelle felt that there was no space left for herself. Michelle felt completely depleted. She felt that the only thing she could do to improve her situation was to leave her job.

Eventually I succeeded in persuading Michelle not to give up her job before developing a better understanding of her own role in the whole situation. After helping Michelle understand what the primal needs and fears of amiable people are, Michelle realized that she needed to learn to firmly stand her ground, give sufficient push-back and say “no” in situations that are harmful to her. She learned how to give feedback to Darius about what she needed from him as a leader, she took the time to explain her husband Detlev what she needed from him and how their personalities were perfectly complementary provided that they were willing to accept each-others differences, and she started to tell her mother to solve her own drama.

As a result, Michelle got a lot of respect from Darius, who told her how Michelle’s lack of push-back had always angered him. Michelle’s direct feedback simply gave her expressive-style boss the sense of recognition he needed. Michelle’s driver-style husband Detlev appreciated her clarity and confessed to her that he had never understood her. Being able to understand how amiable people don’t need quick fixes, but rather a trusted, willing ear to just share and reflect their thoughts and feelings gave her husband the sense of clarity he needed. Michelle told me that her husband had become way more patient and helpful to her. And finally, Michelle’s expressive-style mother started to respect the lines Michelle drew in the sand. Michelle’s clarity created the structure and stability her mother so much needed. Michelle found a lot more harmony and stability in her life. In fact, by defying her primal fears, by looking the devil in the eye, she was much more successful in fulfilling her own primal needs as well as the primal needs of others.

Based on real events. For reasons of privacy no real names have been used. 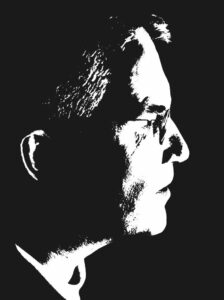